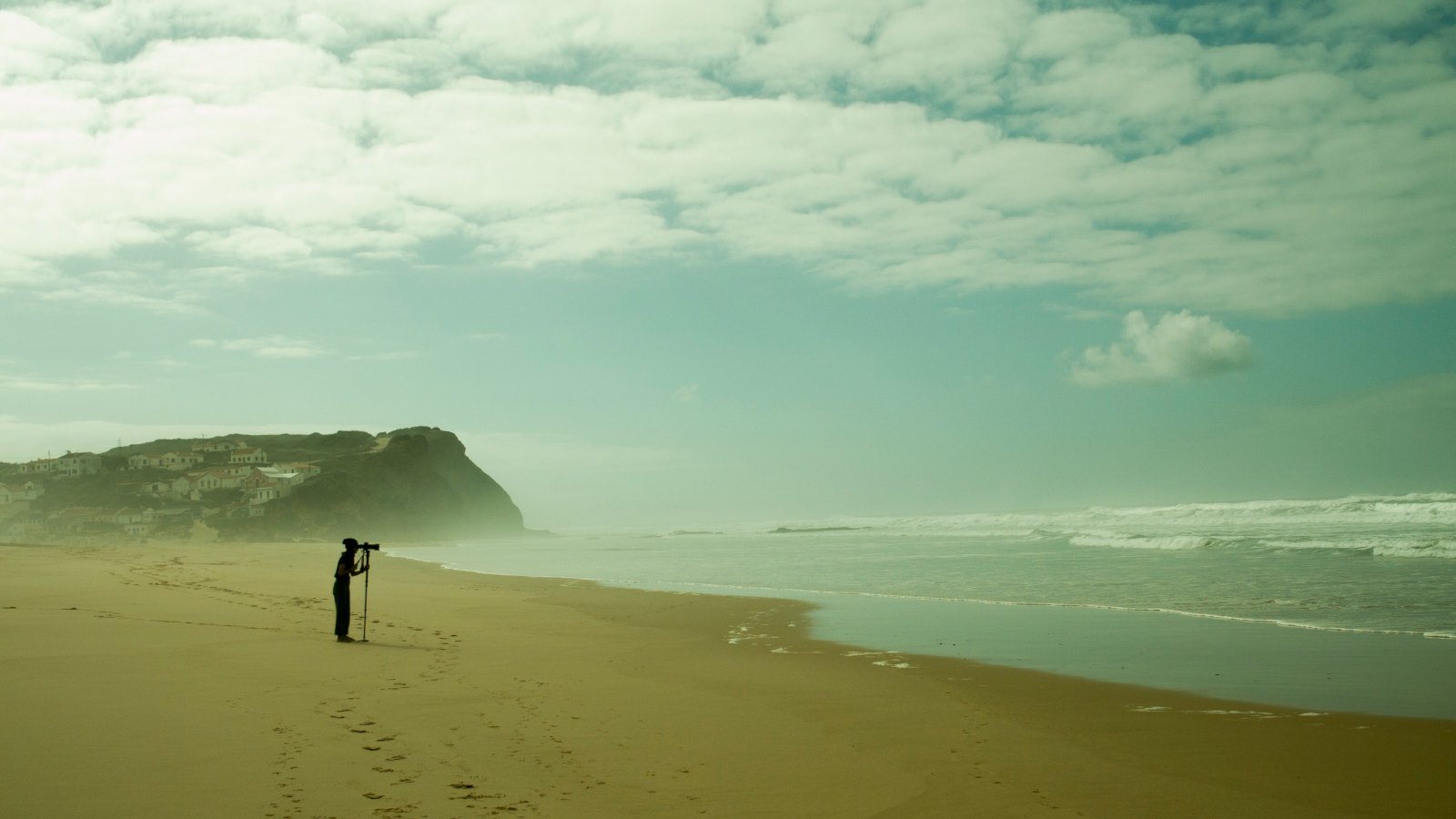 Please note that on the occasion of final week for the exhibition the gallery is open also on Sunday November 20, from 12 – 15

These days I live in Stockholm. A place surrounded by water. So I think about the desert a lot. I grew up in one. As a child, the high elevation would set off repeated murder scene-like nosebleeds. I'd lie flat on the kitchen floor waiting for the metallic flavor to stop coating my throat. Now that I think about it, I realize it's that same kitchen floor where I first discovered mercury from a broken thermometer.

Mercury is a transition metal. This has something to do with oxidation states and loss of electrons, but I just want to fixate on the idea that transitions, by definition, exist inside processes of change. They're in between phases, gaps in classification.

The three videos in my exhibition try to give form to the liminal. They narrate my own process of trying to gauge distances of all sorts. I'm probably homesick, yes. But my work is also part of a long chain of experiments that try to make visible the complex processes of consciousness - that unfold in relation to experience and language. Adorno wrote admiringly of Benjamin, "[his] thoughts press close to its object, seek to touch it, smell it, taste it and so thereby transform itself" (Prisms, 240).

In the videos, which were made over a period of nearly four years, I speak through - and have conversations with - enigmatic writers, with close friends, with histories still felt, and with technologies and geographies that I know - in order to mediate those that I don't. I've filmed in places and at times that exist at some threshold. Like where sea meets land, and while traversing above and below the surface of the earth, and during the time when day gives way to night.

Lisa Tan is an artist living in Stockholm. She received an MFA from the University of Southern California, Los Angeles and a PhD from the University of Gothenburg, Valand Academy. The works in this exhibition have been shown previously as a group at Galleri Riis, Stockholm (2015); and individually at the ICA Philadelphia (2016), the New Museum Triennial, New York (2015); Museum of Contemporary Art Santa Barbara (2015); Lofoten International Art Festival, Svolvær (2013); Cristina Guerra Contemporary Art, Lisbon (2013); Galerie Nordenhake, Stockholm (2013); Parra & Romero, Madrid (2012); VidalCuglietta, Brussels (2012). Lisa Tan will be included in the 11th Shanghai Biennale, curated by Raqs Media Collective (2016). She has a forthcoming solo exhibition at Kunsthall Trondheim (2017).