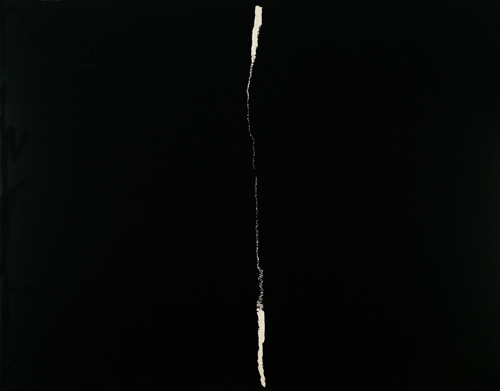 Galleri Riis Stockholm is proud to present the Swedish public with an overdue exhibition of selected works by Jan Groth (b. 1938 in Stavanger). Considered the foremost Norwegian artist of his generation, Groth has had a prolific production and an extensive exhibition history, not least in the USA where he also taught at The School of Visual Arts in New York, between the years 1982-1994. In the 1970s post-minimal art scene in New York, his international career started with a series of exhibitions at the legendary Betty Parsons Gallery, and in 1986 he was honoured with a mid-career retrospective at the Solomon R. Guggenheim Museum. The extensive monograph "Signs" by Karin Hellandsjø was published on the occasion of a comprehensive retrospective at the National Museum in Oslo, 2001.

Jan Groth is widely recognized for his monumental tapestries, executed with his former wife Benedikte Groth; a dynamic collaboration that lasted for more than 40 years. His core medium is still however considered to be drawing, and from the late 1980s he expanded his range of media to include sculpture. During his long artistic practise he has with great consequence explored and defined the line and its relation to the picture plane; the white line against the black in his textile works, the black crayon contrasting the white paper in his drawings and the sculpted dark patinated bronzes against the gallery wall. Jan Groth's works literally weaves together the immediate with the gradual; the drawing on paper extracted in an instance is through a highly labour-intensive process transcribed into the structure of the tapestry. His artistic language can be described as restrained expressionism, always with a profound sensibility wherein the line's seemingly seismographic recordings appear to visualize nuances and energies registered from deep within the artist.

The exhibition consists of his final tapestry which was executed 2004-06, a selection of drawings from the last 10 years as well as sculptures from the 1990s and 2000s. Representing all his media and ranging from monumental to intimate these works offer a unique opportunity to a close encounter with Jan Groth’s full artistic scope.

His latest presentation in Sweden was the 1986 exhibition: "Jan Groth, Drawings 1975-1985" at Moderna Museet, Stockholm.