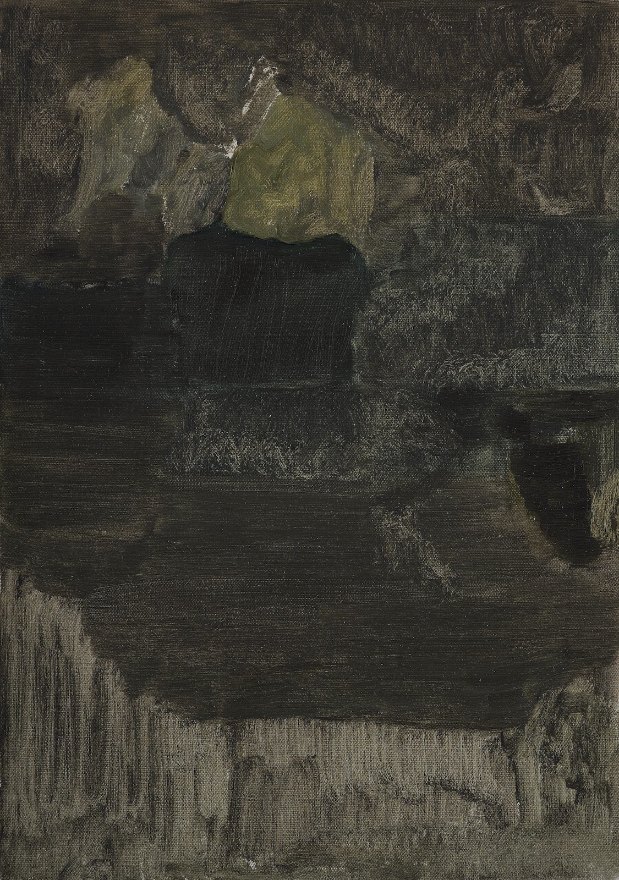 Galleri Riis has the pleasure of presenting our fourth exhibition with Andreas Eriksson (b. 1975), the first in the

Stockholm gallery. Working in different media such as painting, sculpture, photography, and installation, Eriksson was in 2007 awarded the Art Balois-prize for his exhibition in Art Basel Statements. He held a one man exhibition in MUMOK (Museum Moderner Kunst Stiftung Ludwig in Vienna) in 2008, and represents Sweden in the Venice Biennial in 2011,

along with Fia Backström. In Venice the entire Nordic Pavillion is at his disposal, and most of the works exhibited are made specifically for the pavillion, based on observations and experiences from his home in the landscape of Hällekis, Västgötland. The exhibition "Untitled and other activities" consists of new bronze sculptures, plaster reliefs and paintings.

Andreas Eriksson has throughout his artistic production been consequent in breaking away from the expected, and has

proven wrong those assuming to know his next move. He has always worked conceptually, in combination with a keen

visual sensibility. He often speaks of how a painting initially seems all wrong, but how the apparent failure nevertheless has value. Partly because the mistake can be a point of departure for new thoughts and new work, but also for failure´s liberating dimension. The uncontrollable and chance are aspects which Eriksson wishes to cultivate and encourage, rather than suppress. Molehils have become, for him, a symbol of the unleashed and unstoppable. Humans often try, with different strategies and techniques to defeat the moles' underground activity, but fail when facing the small animals'subversive infrastructures. Casting these rebellious and unwanted traces in such a classic material as bronze, lends the molehills – apart from very special sculptural qualities – also a fine-tuned and cocky aura.

The white plaster reliefs come from the artist painting with acetone on styrofoam, resulting in etched marks resembling a new landscape of dikes, mounds, and complex winding roads, somehow made beyond his control. The styrofoam

paintings are cast in plaster and the reliefs have become a materialisation of what has been etched away, resembling

aereal views of snowcovered landscapes. The paintings are another kind of landscape, where enigmatic and dense

depictions resemble primeval animals and archaic terrains.They may be prehistoric fields, or the territory of dreams, onecan only sense what they contain.