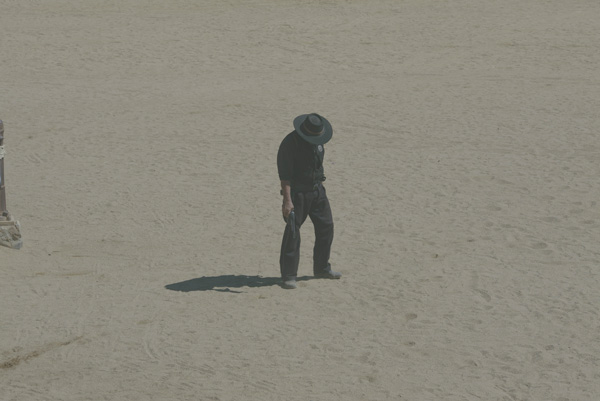 We are pleased to announce Morten Andenæs’ first exhibition in Galleri Riis. OBSERVANCE comprises a broad array of photographic approaches and scenarios, bringing together several different aspects of his ongoing project Re: The Middle Class.

Andenæs’ work is marked by a significant, yet indeterminate stance. In OBSERVANCE, courtrooms and his family, hotel rooms, suburbs and amusement parks are subject to the same insistent gaze. The resulting images fluctuate between concealment and disclosure. As a whole, the exhibition attests to Andenæs’ sustained interest in ambivalence, and its inherently contradictory potential.

The attempt to wrest a term away from its customary connotations and create an alternative meaning, is a gesture often found in Andenæs’ work. Though observance denotes both the act of paying attention to something, and adherence to injunctions of a religious or social nature, Andenæs also views these two meanings in conjunction with each other in the sense of observing one’s own observances.

Morten Andenæs (b. 1979) studied at The School of Visual Arts in New York, and currently lives and works in Oslo.