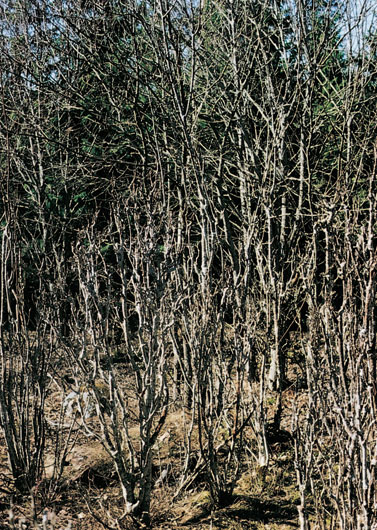 Swedish Andreas Eriksson lives and works outside Hällekis in Västergötland. He is one of the few painters among the young, Swedish artists who has received much critical attention in the last few years. His exhibition, “360", from the Nordiska Akvarell Museum, tours for a time in the north and then comes to Trondheim's Kunstmuseum in February-March 2005. Eriksson's works are in the main abstract compositions which stretch from the constructive and architectural to the poetic and mystical. In this exhibition he shows four new paintings created especially for Galleri Riis's exhibition space.