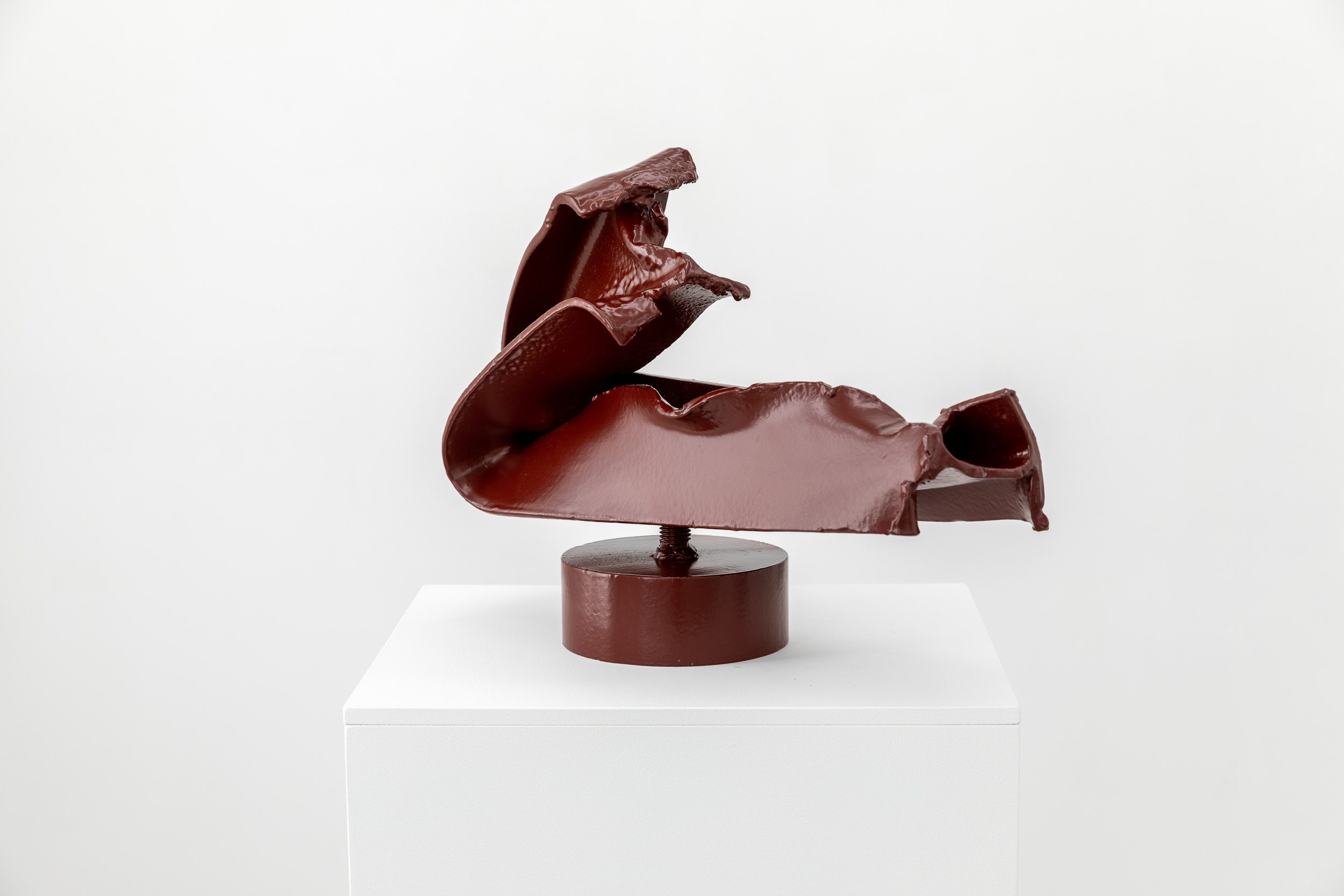 We are pleased to announce an exhibition with new sculpture and paintings by Sverre Wyller, his fourteenth with the gallery since our first in 1986.

These days I make most of my research through painting. I hardly draw, except on canvas. The Belgrade Series, a series of small paintings, is typical in this regard. One large painting, titled Danube, is painted during the Covid lockdown, in the sudden silence of the otherwise busy metropol.

One triptych called Pilgrims is a tempera painting, but more so a sketch for a large sculpture I just finished for the Archbishops Palace at Nidaros in Trondheim. A human figure with its head bent for unknown reasons, a figure present everywhere, up through history, and not only art history. It is present as much in medieval frescoes as in the current media images of refugees and migrants worldwide.
The sculptures are made from pieces found in recycling plants. They are readymade more than they are made, selected and modified because they remind me of something I have seen, a memory of sculpture rather than any specific work of art. One of them is a small sculpture I have called Rodin ́s Elbow.

Wyller´s artistic practice encompasses painting and sculpture in a variety of materials and techniques, sometimes on a monumental scale. His sculptures show virtuousity in the handling of found and used materials, and he has created several public artworks which are characterized by their abstract and organic expression.
His latest public art projects are Domstol for Øvre Ringerike District Court in Eidsvoll, and Pilegrim for The Archbishops Palace in Trondheim.
Wyller is represented in major museums as well as several important public and private collections throughout Scandinavia.
He currently lives and works in Maridalen, Oslo and over the last decade also in temporary studios in Berlin and Belgrade.