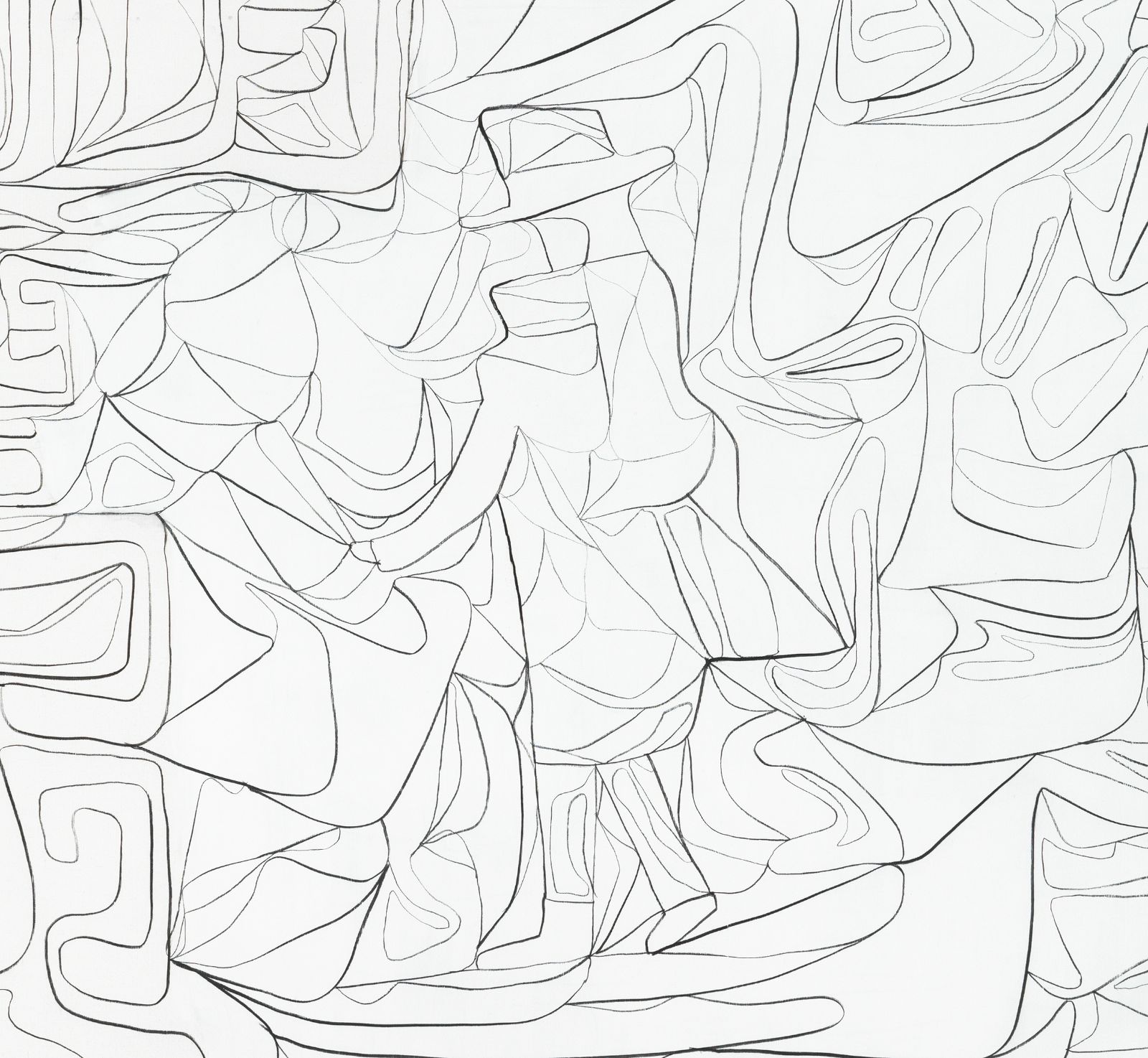 We are pleased to announce an exhibition with new works by Olav Christopher Jenssen, his 17th with the gallery since the first in 1985.

Comprising new paintings, sculptures and drawings, the exhibition shows Jenssen's interest in exploring new media and materials and combining them in thoughtful and strikingly installed exhibitions.

The densely woven Rubicon Paintings manifest themselves in two large formats pushing the limits of the gallery space, and in a series of intimate paintings hatched from the large canvases and presented in delicate display frames.

With voluptuous profiles and slim bodies, the figures that constitute the Ezra Sculptures seem like they have travelled to the gallery from a faraway place to guide us into new territories.

The Inventarium Drawings are monumental charcoal drawings on canvas. Starting off with an anachronistic figuration and then led by inner impulse, the charcoal line continues its winding path over the canvas, with the resulting image resembling a "painting by numbers" without its instructions.

Olav Christopher Jenssen (b. 1954 Sortland, Norway) is one of the foremost artists of his generation from the Nordic countries and has gained international recognition for his distinctive and multi-facetted paintings, as well as for his idiosyncratic sculptures. His production encompass drawing, watercolour painting, graphic works, book illustration and books. Simultaneously working with multiple series and mediums, Jenssen alternates between the different works mentally and physically; from informal and rapidly painted pictures to more strict and formal paintings, in monumental as well as intimate formats. Always exploring and adopting new methods and techniques, his works contain both continuity and diversity. Between these works, a rich visual vocabulary has emerged; The paintings open up a philosophical space for dialogue and reflection, encouraging the viewer to unveil strata of paint and decipher cryptic symbols, as on a journey through the history of abstract painting.