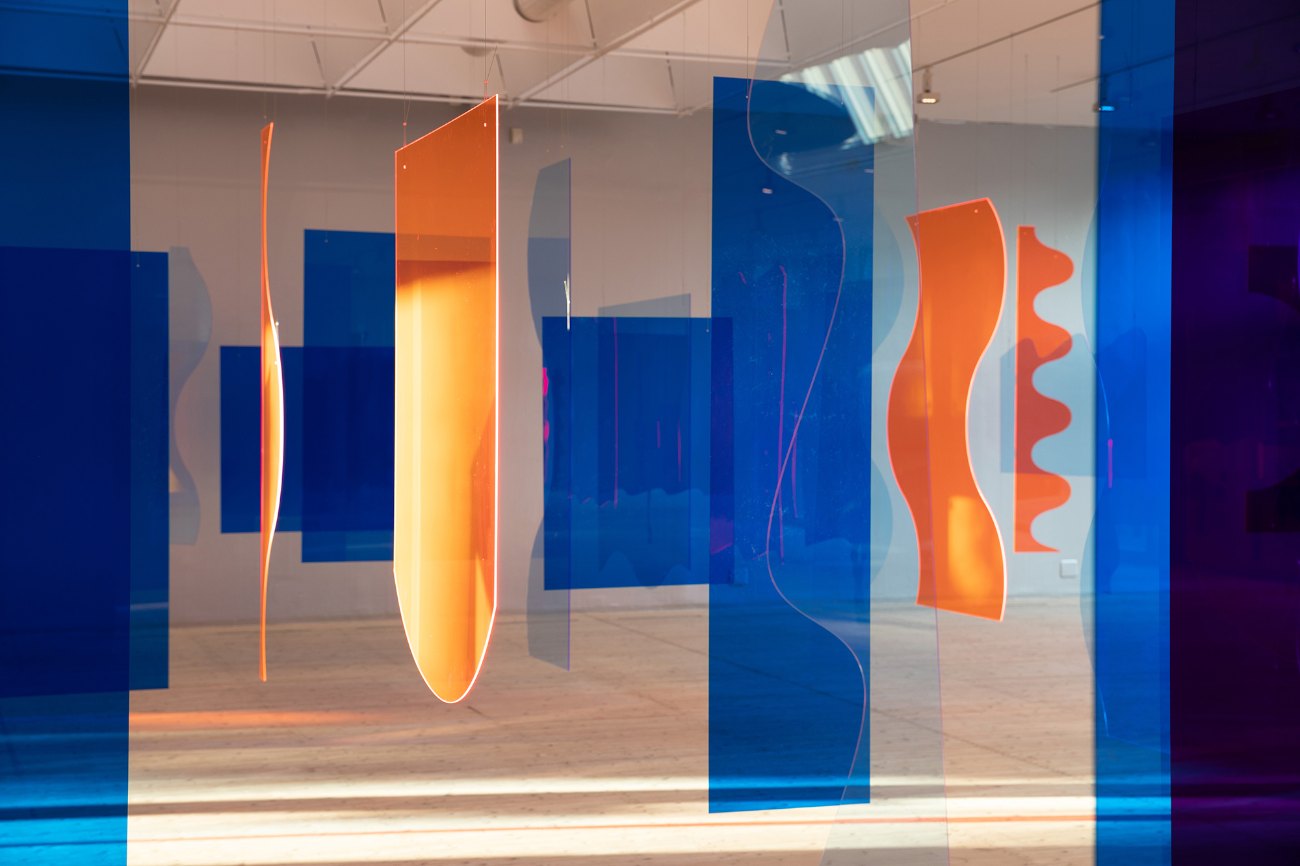 Galleri Riis is pleased to announce our first solo exhibition with the Norwegian artist Siri Aurdal (b. 1937). As a painter, graphic artist and sculptor, Aurdal is an innovative figure in contemporary Scandinavian art history, with her experimental use of industrial materials, organic forms, and monumental installations in which the audience often plays a cooperative role. In her work, Aurdal emphasizes art's social and political potential, and her innovative use of fiberglass reinforced polyester tubes were prominent in her breakthrough installation Surroundings in Kunstnernes Hus in Oslo in 1969, as well as in major works produced for the Nordic Pavilion at the Venice Biennale 2017 and her large survey Continuum in Malmö Konsthall last year.

For Continuum Aurdal produced a new immersive installation work, Conversation (2018), composed from 59 elements of colored plexiglass, which led the viewers through a dissolved architecture between hanging mobiles in labyrinthine formations. For our exhibition, Aurdal has adapted this recent work to our gallery space, occupying and transforming the two main exhibition rooms.

The potential for change is determined by spatial conditions, by the opportunities and limitations presented by the architecture. Siri Aurdal's ideas of combining formal and geometrical decisions with social interaction was a unique approach in the Scandinavian art scene of the late 60s, and continue to exert their influence on the art scene today.

Siri Aurdal (b. 1937) lives and works in Oslo, Norway, and received her education from the Oslo National Academy of the Arts. In recent years Siri Aurdal has been featured in exhibitions in Kunsthall Oslo, Kunsthall Stavanger and Kunstnernes Hus, Oslo. A major sculptural work, Wavelengths - Recomposed, was installed in Oslo's Vigeland park in 2016, as a joint project between Kunstnernes Hus and Oslo Pilot, and she was prominently featured in the exhibition Mirrored in The Nordic Pavilion at the Venice Biennale in 2017. Her largest solo exhibition to date is Continuum in Malmö Konsthall in 2018.