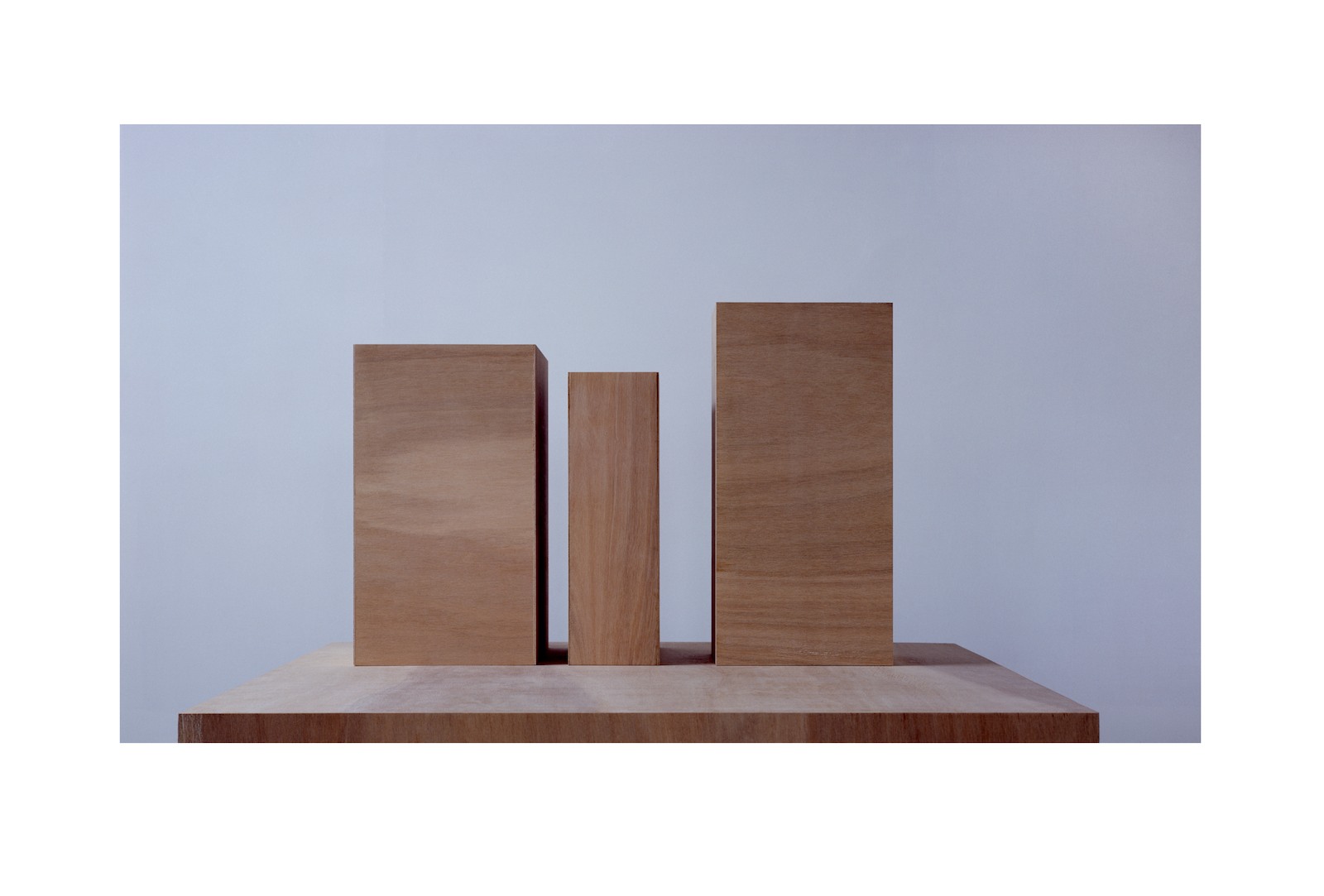 Stein Rønning (b. 1953), Professor II at the Art Academy in Bergen, has the last decade been an infrequent exhibitor. His previous one-man show in Oslo was of smaller bronze sculptures, in Galleri Riis 1995. In the last year, he exhibited new works in Trondhjems Kunstforening and Bomuldsfabriken Kunsthall in Arendal.

The exhibition in our large exhibition space is comprised of photographs of seemingly simple -also in expression- and very reduced still-lifes. The works are based on geometric sculptural units which are transferred into photography, allowing the three-dimensional to form a complex and compressed picture plane.

Rønning states: “This work always dealt with the actual and the possibility for that to become more of itself by a figure of 'about itself'. It implies that something is built, that this something is 'seen' and that this 'seen' belongs to the built."