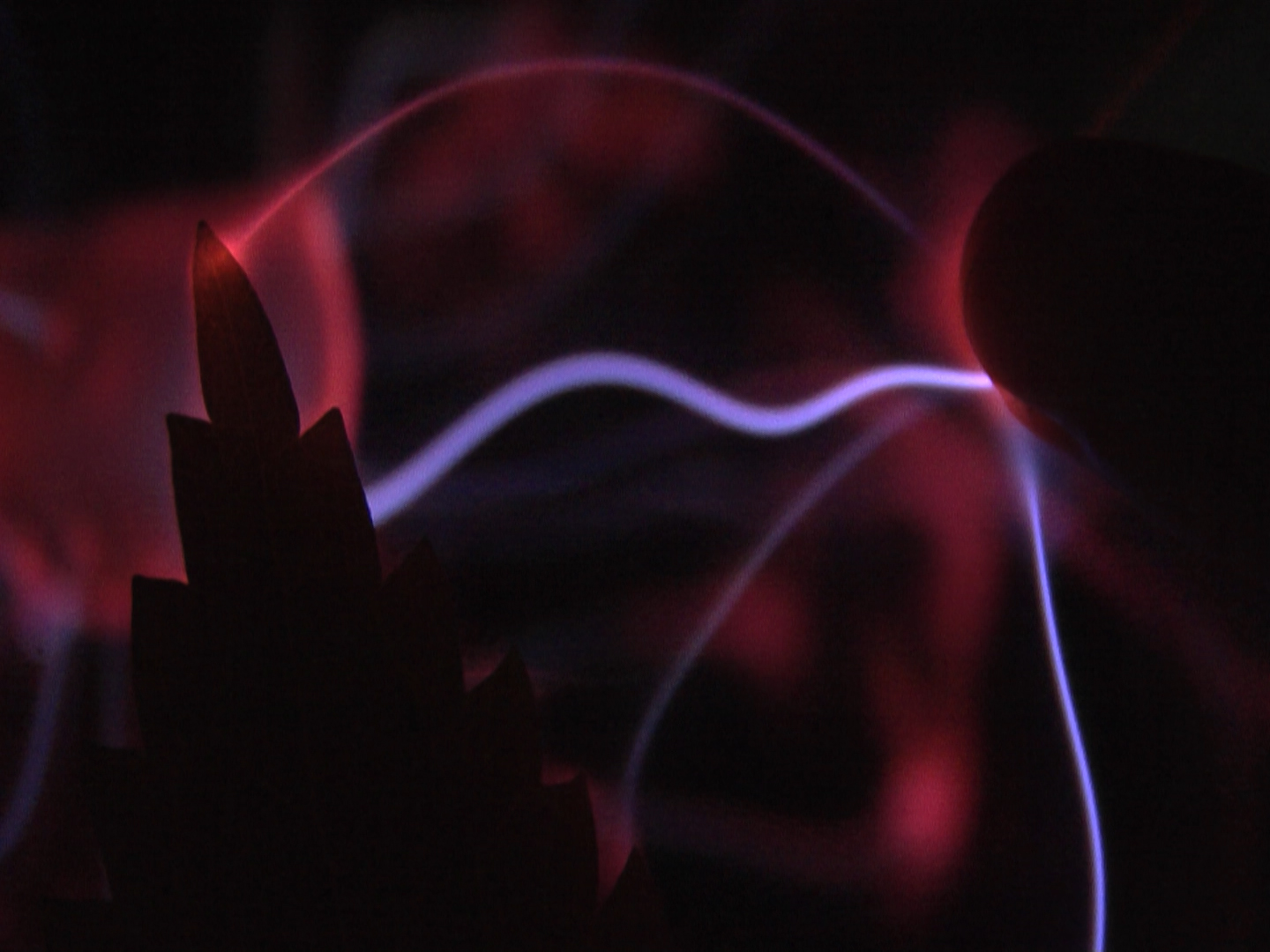 The Ionosphere is a layer of the earth's atmosphere that extends from about 60 to 1000 kilometers above the earth's surface. It contains a high concentration of ions and free electrons, enabling the propagation of radio waves. Sound traveling at the speed of light.

Sound waves have often been featured in Ödlund's artworks and exhibitions. That is, sound, and the image of sound. For her upcoming exhibition at Galleri Riis, sound will fill the rooms, as well as be physically manifested in a brutalist sculpture of cast recycled aluminum. The sculpture is shaped like a pointed mountain skyline and is entitled Tripod Amplifier. It embodies sound completely frozen in a moment.

Colored Light in Far–Red Eyes. This exhibition, her first in Oslo, will also feature stained glass windows custom designed for the gallery's main space.They are composed of patterns from chemical formulas derived from both established science and occult theosophy, ie. chemical phenomena that cannot really be captured in physical form. Daylight and the stained glass expand into a spatial installation. Light becomes a material in itself.

Indigo, Madder, Meadowsweet, Nettle, St. John's wort, Strawberry, Thyme, Buckthorn, Mahogany.
A new painterly notion in Ödlund's oeuvre began last year with a suite of distinct paintings on paper. A common motive for these works is abstracted from the chemical processes in plants, with titles such as The Narrow Portal of Photosynthesis and Floem Four-shield; and some of the works resemble medieval heraldry. They are a closed circuit to the extent that they incorporate Ödlund's various artistic tracks, and are made with plant pigments, thus containing the power of plants and nature's condition. This exhibition features her most extensive suite of these paintings to date.

Pulses. Inspired by Nikola Tesla's inert gas discharge tube and Seymon Kirlian's aura photography, Christine Ödlund has produced a new video loop with sound, set in a space charged with visual and audible high voltage. In the film we see a pulse oscillating between a nettle and the artist's finger. In her quest to bridge the communication gap between plants and humans, here they share the same circuit of electrical pulses and audio frequencies.

Christine Ödlund's exhibition Music for Eukaryotes was shown at the Trondheim Kunstmuseum in 2014, and in 2015 she took part in Tunnel Vision / The 8th Momentum Nordic Biennial in Moss, Norway. Her most extensive exhibition to date, Aether & Einstein was presented at Magasin III Museum & Foundation for Contemporary Art in Stockholm in 2016, and was accompanied by a comprehensive monograph published by Skira. Christine will take part in the upcoming Modernautställingen at Moderna Museet in Stockholm later this year; and her monumental animated video work, Atlantis 2, is part of the Equinor Art Collection (former Statoil) which is permanently installed at their Oslo headquarters.

Christine Ödlund (born 1963) lives and works in Stockholm. She graduated from EMS Elektronmusikstudion (the center for Swedish electroacoustic music and sound-art), Stockholm in 2004, the Royal Institute of Art, Stockholm in 1996, and Konstfack, Stockholm in 1995.

Her works can be found in the collections of the Moderna Museet, Stockholm, Magasin III Museum & Foundation for Contemporary Art, Stockholm, Trondheim Kunstmuseum, Norway and the Public Art Agency in Sweden. Over the last decade she has executed a number of public commissions as well as published several recordings of her electroacoustic music.