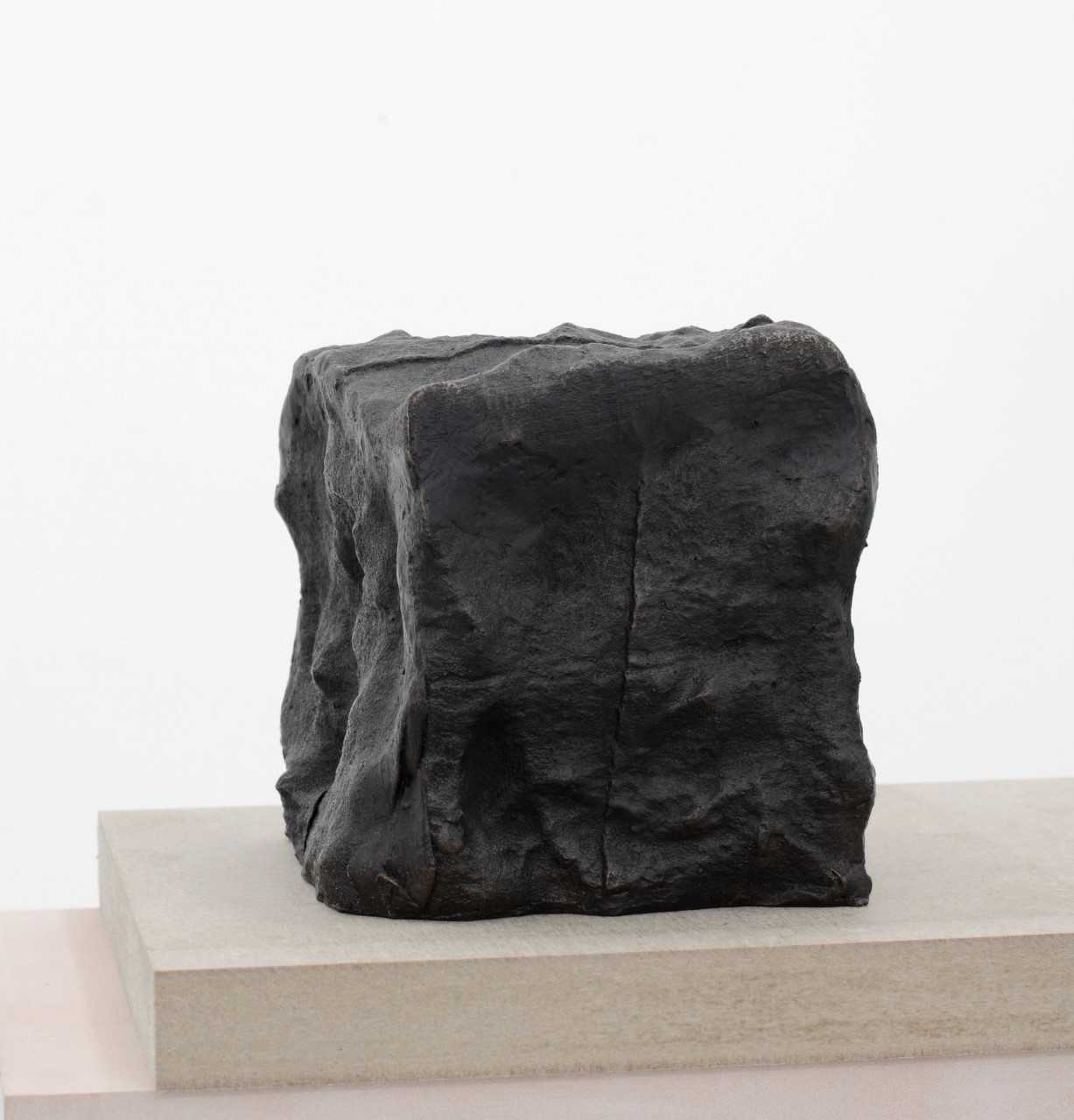 The works in this exhibition are based on a figure Stein Rønning created in his Trondheim Studio in 1989. Clay was gradually accumulated on a plinth to a volume of 2 x 12 x 9 cm. The figure was then modelled with the help of long, heavy steel rods which forced the artist to circle a rather large space while building and shaping the small sculpture with a difficult tool. The trace of this manipulation in the figure is a series of planes around a volume, where the vertical plane is dominant. The tools and the procedure created distance and delay, making it difficult to retain manual and haptic contact with the figure.

In 1994, the figure was scanned by a computerized industrial robot with a sensor, which read the form by touching the surface in a certain pattern. This information was adjusted and altered in the computer and then carved out in a synthetic material by the same robot, equipped with a milling device.

In 2014, a side plane of this form was optically scanned, digitally adjusted and manipulated. Various sintered versions of this plane were cast in wax and built into complete volumes which again were cast in bronze. The sculptures are built from the same material, the original and only form - found and put together, and brought to a place where they fulfill their purpose.

I think of these sculptures as positioned between what tradition names as abstraction and the found object, the 'Object Trouve' of collage. They were found through a series of variations of mechanical replications of something that is indistinctly figurative, and as a group they represent a new link in what is now a series of generations that has been developed over nearly 30 years. The sculptures in this iteration are individually composed and enriched by the prior actions, but without a clear trace of what informed them in the process.

This exhibition comprises approximately 25 unique sculptures in patinated bronze from 2016 and 2017, measuring 2 x 5 x 7 cm to 15 x 25 x 35 cm. The works will be shown on custom-made shelves and plinths in the annex space of the gallery.